Strada del Ponale: everything you need to know

Today we are going to talk about about one of the most famous excursions in the whole of Lake Garda, the Strada del Ponale. The path is very popular with hikers, because it offers incredible views over Lake Garda. We’ll tell you everything about it in 5 points, including its history, peculiarities and how to best enjoy it. We will also give you tips on how to “do” the Ponale by mountain bike, or with children.

The Strada del Ponale was carved into the rock in the second half of the 19th century to connect the Ledro Valley with the lake and its port, Riva del Garda. For decades, it was one of the most important access routes to North Lake Garda, for carts and animals first, and then for motorized traffic. Since 1990, with the construction of the new car tunnel, the Ponale has been gradually abandoned, only to be rediscovered in 2004 as a tourist trail.

Where does it start and where can I leave my car?

The Ponale path starts immediately outside Riva del Garda, just after the historic hydroelectric plant. The trailhead is adjacent to the new car tunnel and well marked by road signs. The closest paid car park, with a limited number of spaces, is in via Giacomo Cis. A little further away, again for a fee, is the Monte Oro multi-storey car park, located in the street of the same name. 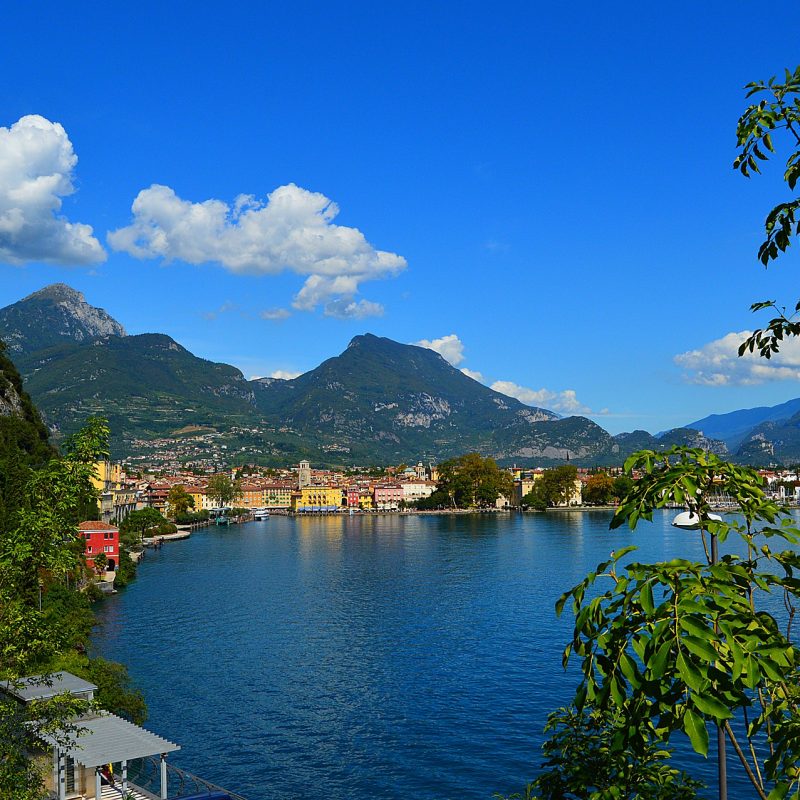 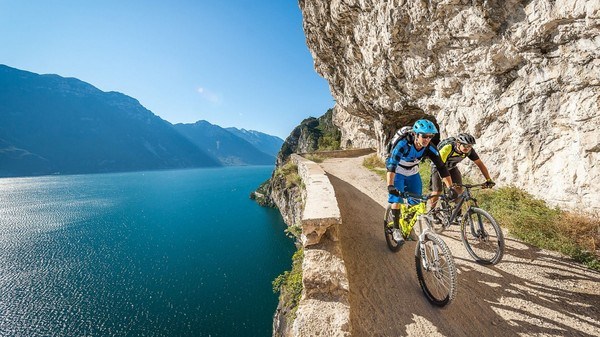 How long is it and how long does it take to hike it?

From Riva del Garda to Val di Ledro, Strada del Ponale is 9.5 kilometers long, with a travel time of approximately 3 hours. The altitude difference is 665 meters, going from 80 to 750 meters above sea level. Alternatively, once you reach the Ponale Alto Bar Restaurant, you can head towards Pregasina, a scenic village overlooking the lake. The Ponale path is open all year round and can therefore be hiked in any season. We do not recommend an excursion in the summer during the hottest hours of the day.

Is it suitable to mountain bikes?

Since its reopening in 2004, the Ponale has become a very popular mountain bike excursion. If you opt for an e-bike, you’ll be able to ride uphill without specific training. The surface is unpaved, but well maintained and compact. It is important to remember to ride at a moderate speed, especially downhill, considering that the route is shared between pedestrians and bicycles.

Is it suitable for children?

The limited slope and absence of car traffic make the Ponale suitable for families with children of all ages. However, the unpaved road makes it difficult to hike with strollers, so if you have small children, we recommend that you take a baby carrier or backpack. 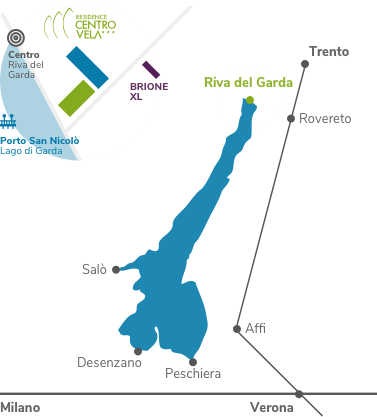